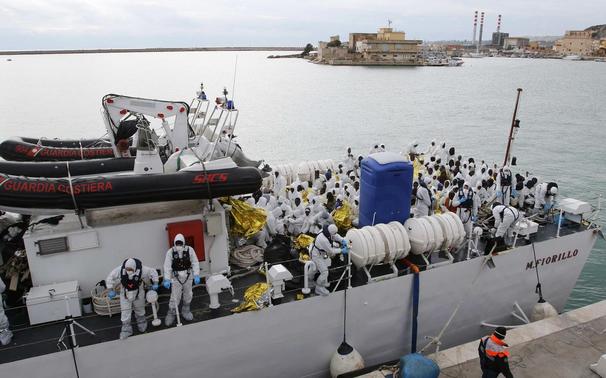 (Reuters) – Two merchant ships and an Italian coast guard vessel went to the rescue of more than 600 migrants who sent emergency calls for help from their packed rubber boats near the Libyan coast on Saturday.

The rescue operation is the second of its kind in two days, and closely follows the deaths last week of more than 300 people who were trying to make the crossing to Europe.

The Italian coast guard in Rome said the rescue vessels had located six boats drifting about 50 miles from the coast of Libya, after receiving calls for help by satellite telephone.

The coast guard ship Peluso has started the rescue operation, a spokesman for the coast guard said, a day after about 700 other migrants were plucked from overcrowded boats.