Alongside the now-famous case of the Zone9 bloggers, there are so many detained Ethiopian bloggers, online activists and politicians, whose names are not yet on the map.

Last year on July 8, 2014, Ethiopia detained a number of local opposition leaders, bloggers, online activists and concerned citizens. Some were released after four months of interrogation. However, ten were charged on October 31, 2014 under Ethiopia’s Anti-Terrorism Proclamation with having links to diaspora-based Ethiopian opposition groups such as Ginbot 7, applying to attend an online security training, and engaging in online activism. Three of the 10 defendants are not members of any political party but ordinary citizens who were arrested for applying to attend a course. These are Zelalem Workagenegu, Yonatan Wolde and  Bahiru Degu.

The controversial Anti-Terrorism Proclamation was adopted in July 2009. Ethiopian officials tend to defend the law by arguing that its controversial provisions were copied from the existing laws of countries such as the United Kingdom. Article 6 of the Proclamation, which has been used to curtail freedom of expression, provides that:

[w]hosoever publishes or causes the publication of a statement that is likely to be understood by some or all of the members of the public to whom it is published as a direct or indirect encouragement or other inducement to them to the commission or preparation or instigation of an act of terrorism [is subject to between 10 and 20 years in prison].

Zelalem, the first defendant, is a human rights activist who blogs at DeBirhan. Yonatan and Bahiru, who are best described as concerned citizens, had applied along with Zelalem for a social media and Internet security training that was brought to their knowledge by a US-based Ethiopian journalist. After an email from the Ethiopian journalist in the US was found in their possession, these young men were also arrested and later charged with applying for “a terror training” when in fact the training was about Internet safety and security.

Ethiopian court last month acquitted Abraham Solomon, detained for having connections with the first defendant Zelalem, along with four other opposition politicians namely Abraha Desta, an official of the opposition Arena Tigray Party and social media activist, Yeshiwas Assefa, council member of the Blue (Semayawi) Party, Daniel Shibeshi, official of the now defunct Unity for Democracy and Justice (UDJ) party and Habtamu Ayalew, former Public Relations Head of the defunct UDJ. However, until today they have not been released because the Prosecutor has reportedly appealed the decision.

An article by the Electronic Frontier Foundation shows the increasing attempts of silencing online activists and netizens in Ethiopia. The organisation called Ethiopia to:

Immediately free all journalists in prison, including the remaining Zone 9 bloggers, and relieve them of all charges for the “crime” of reporting the news.
End the prosecution of individuals for pursuing security training and using encryption technologies, and free Zelalem Workagegnehu, Yonatan Wolde, Abraham Solomon, and Bahiru Degu.

While Zone9 remains among Ethiopia’s best-known case of its kind, stories like that of Zelalem demonstrate that the issues these bloggers face extend far beyond a few individuals. The next court appearance of Zelalem, Yonatan and Bahiru is between November 7-9, 2015.

Mr. Neamin Zeleke, Head of Foreign Affairs of Patriotic Ginbot 7 International Leadership and a member of AG7 Council, told ESAT that the formation of United Movement for the Salvation of Ethiopia through Democracy has elevated the struggle for freedom and democracy in Ethiopia to a higher level.

Mr. Neamin travelled to Eritrea and remained there for three months before returning at the end of last week. He said Ethiopian opposition forces unequivocally have full confidence in the government of Eritrea and highly appreciative of the support it has been proving for Ethiopian liberation forces. Mr. Neamin also affirmed that the Eritrean government does not make undue interference in the internal affairs of Ethiopian forces based in Eritrea.

Mr. Neamin condemned certain groups and individuals who have made a carrier out of fabricating baseless stories that would shed negative light on Ethiopian opposition based in Eritrea. He said the misinformation and blackmailing that few individuals disseminate about the government of Eritrea, Ethiopian opposition forces, and the leaders of these organizations are groundless and utterly fictitious. He called for Ethiopians from all walks of lives not be hoodwinked by these uncanny individuals with nefarious agenda that is contrary to the primacy of the struggle and its ultimate objective— the liberation of Ethiopia from the Woyane ethnocentric and brutal dictatorship.

Asked about the defection of Mola Asgedom, Chairman of Tigray People’s Democratic Movement, Mr. Neamin stated that the defection of individuals like Mola, who has been hatching a hidden agenda aligned with the ruling TPLF cabal on Friday September 11, 2015, was not surprising as such. “These kinds of defections are common in other struggles, in our own recent political history too, and that it is a blessing in disguise that Mola Asgedom defected early before inflicting heavy damage at a later stage.”

Mr. Neamin left for Eritrea three months ago with a mission to accomplish several tasks. He said, there was a need to assess and discuss the situation with the leadership on the ground. Second, he went to Eritrea to assess and facilitate the relocation of senior leaders, including Berhanu Nega, to Eritrea. In addition, he said that there was a need to reach to an agreement and understanding on a number of vital issues with members of the leadershipon the ground, as well as many other tasks that could not be discussed on the media.

Asked why he did not remain in Eritrea like the other senior leaders, Mr. Neamin told ESAT that “The struggle for democracy and freedom is multi-faceted , waged on many fronts , and based in several geographic locations; senior leaders such as Professor Berhanu Nega, Ato Ephrem Madebo, and others will be based in Eritrea to coordinate the struggle along with other members of the senior leadership on the ground based in Eritrea and inside the country; others, like me, have to travel back and forth to coordinate foreign relations, intelligence , public relations, and others tasks of the organization that has components both on the ground, inside Ethiopia, and around the world.”

It was reported that Professor Berhanu Nega and other senior leaders would be based in Eritrea until freedom is achieved in Ethiopia. Yet, members of the international leadership would be traveling back and forth to Eritrea and elsewhere when necessary, Mr. Neamin added.

Mr. Neamin stressed the need to mobilize, focus and intensify the struggle of all Ethiopians diaspora in their endeavor to bring about democracy, freedom and justice for the people of Ethiopia under the yoke of the TPLF/EPRDF ethnocentric and dictatorial regime.

Currently Ethiopian armed opposition groups are well organized and have built significant clandestine networks throughout Ethiopia to wage a full scale offensive against the TPLF forces, the senior leader told ESAT.
It is to be recalled that an agreement was reached very recently among four independent opposition forces on programs and outcomes of the struggle in Ethiopia, thus forming United Movement for the Salvation of Ethiopia through Democracy. Last week, Prof. Berhanu told ESAT that Ethiopia did not need several armed factions that lack confidence in each other but claiming to have the same objectives. Hence, building a unified political movement and a liberation force under a unified command is an essential condition to salvage the country from disintegration a top priority. 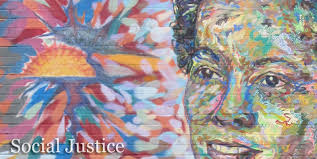