ADDIS ABABA, Ethiopia — Monday marked the first day of the new Ethiopian year, but it hasn’t been much of a holiday for Teddy Afro, the country’s biggest pop star.

First, the government informed him that his New Year’s concert was canceled. Then, on Sept. 3, police broke up the launch party for his successful new album, “Ethiopia,” in the middle of the sound check at the Hilton Hotel, claiming Teddy hadn’t received permission to hold the event.

“Asking for a permission to organize an album launch is like asking a permit for a wedding or birthday party,” Teddy wrote on his Facebook page. “This is unprecedented and has never been done before because it is unconstitutional.”

But government disapproval certainly isn’t anything new for Teddy: This year was his third straight aborted New Year’s concert. And even as “Ethiopia,” which briefly hit No. 1 on Billboard’s world music chart, could be purchased or heard on virtually every street corner in the capital of Addis Ababa after its May release, Teddy’s songs were nowhere to be found on state radio and TV. An interview with a public TV network was even canceled at the last minute, prompting the resignation of the journalist involved.

At first glance, there seems to be nothing controversial about Teddy Afro, born Tewodros Kassahun, and his traditionally influenced pop songs about love, unity and the glory of Ethiopia. His tunes have earned him a rapturous audience both at home and among the vast Ethiopian diaspora.

If anything, Teddy is quite the patriot. He’s just the wrong kind of patriot.

Teddy’s music has increasingly focused on extended history lessons glorifying Haile Selassie, the last emperor of Ethiopia, who was overthrown by a communist coup in 1974, as well as the great kings of the 19th century. The title track of his 2012 album, “Tikur Sew,” for example, celebrated Emperor Menelik II and his defeat of Italian troops invading Ethiopia in 1896 — complete with a music video that was practically a war movie. 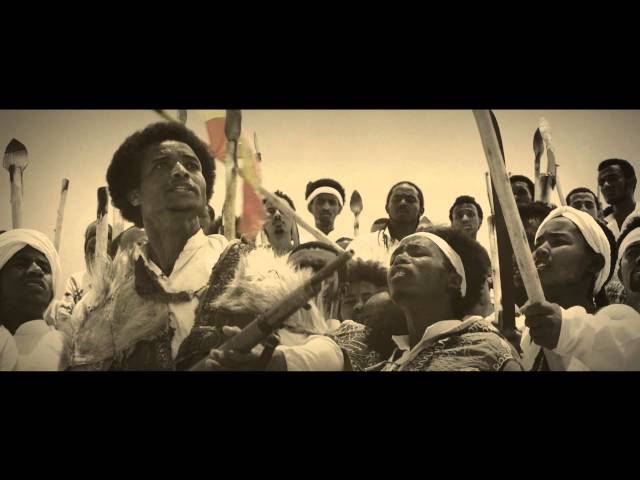 But those rulers came from the Amhara people, the ethnic group that has historically dominated the country and, according to other Ethiopian peoples, brutally repressed its rivals. “Wherever he faced fierce resistance, Menelik responded with the most barbaric and horrific forms of violence,” read a statement by activists from the Oromo people in 2013, who led a boycott campaign of the Heineken-owned brewery Bedele after it sponsored Teddy’s concerts.

Teddy’s celebration of historic Amhara rulers is dramatically different from the nationalism of the ruling Ethiopian People’s Revolutionary Democratic Front, which is dominated by a political party from the Tigrayan people. The government promotes Ethiopia’s ethnic diversity and uses “unity through diversity” as its slogan. Teddy’s songs — and his criticism of rising ethnic division in Ethiopia — seem like challenges to its vision of the country.

The government is also particularly sensitive at the moment. The ruling party has carefully crafted a narrative of progress and development for the country, created partly in response to the bitterness that followed Ethiopia’s 2005 elections. It was the country’s first free and fair vote, and the results were heavily disputed. Hundreds died in the ensuing unrest, and — whether intentionally or not — a then-newly released song from Teddy became part of the soundtrack of the protests.

Now the government’s narrative is starting to fray. The country’s largest ethnic group, the Oromos, recently spent a year and a half protesting their alleged marginalization, saying that government development plans seemed to leave Oromo areas behind. Hundreds of people died at the hands of security forces during protests, and the situation only calmed down after a 10-month state of emergency was called in October 2016. The Amhara region also saw anti-government protests in the same period, during which some people attacked Tigrayans as “usurpers.”

Teddy “is instigating a quarrel during a very sensitive time for them,” said Seyyoum Teshome, an independent political analyst who has had run-ins of his own with the government.

Ethiopia’s government has been repeatedly criticized — albeit in fairly muted terms — by the United States and other countries for suppressing dissent. The Parliament is entirely under the control of the ruling party, and some of the most prominent opposition leaders, especially Oromos, are in prison. And while Teddy has insisted he has nothing to do with politics, it appears the government isn’t willing to take any chances on his music.

Paul Schemm is the Post’s overnight foreign editor based in Addis Ababa, Ethiopia, joining the paper in 2016. He previously worked for the Associated Press as North Africa chief correspondent based in Morocco and prior to that in Cairo as part of the Middle East regional bureau